February 4, 2020. Last week we drove to San Francisco and spent the night. I had a Wednesday appointment at UCSF China Basin for a PET scan. The purpose was to determine if this new cancer recurrence was isolated to my pectoral area or was finding its way elsewhere in my body. Here’s what the oncologic report states:

Oh, man! What a relief it was to read those words. No metastases.

On Thursday I had a breast MRI at UCSF Mission Bay. The test confirmed the fine needle biopsy findings of a cancerous 6mm mass. So no surprises there either. Further tests on the needle biopsy tissue did reveal that the hormone receptors are all negative meaning this is triple-negative cancer, just like a year ago. That afternoon I met with Dr. Rugo. The takeaway is that she will likely recommend both chemo and radiation after surgery. She said the oral chemo drug Xeloda has been showing good success in treating triple-negative cancers.

Tomorrow we see my surgeon Dr. Ewing and her nurse practitioner Shelley for an assessment. I also expect them to set the surgery date.

In all of this madness, I did enjoy a comical exchange just prior to my MRI. It was after the IV was inserted, and they were preparing the room. The MRI tech assisting the radiologist came out and asked if I wanted to listen to music during the procedure. I said sure. She asked me who I would like to listen to. Knowing I still have a bit of PTSD from the horrible MRI experience I had last February (see March 4 post: There’s no place like home), I thought it best to listen to something pretty mellow.

I said, “How about Joni Mitchell?”

Woke up, it was a Chelsea morning, and the first thing that I knew
There was milk and toast and honey and a bowl of oranges, too
And the sun poured in like butterscotch and stuck to all my senses
Oh, won’t you stay
We’ll put on the day
And we’ll talk in present tenses 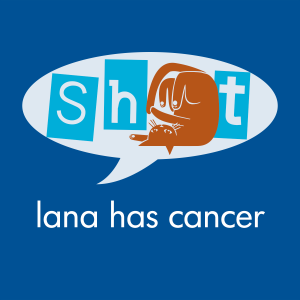 Pages on my site

Radiation in the time of COVID-19

Everything I’ve ever posted